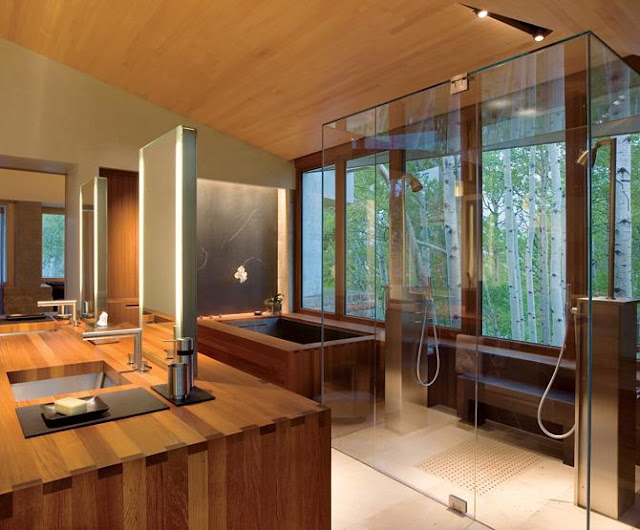 The Toilets and Bathrooms today, are an integral part of the House unlike in the olden days when there was no water supply through pipes and no drainage and sewage pipeline system, and people were forced to use open spaces as Toilets for daily ablutions. However today with the easy availability of water through taps and underground sewage pipeline system, toilets and bathrooms have become a part of the house, with the W.C., wash basin and bath shower/bath tub , all combined in one room, commonly known as the Bathroom.
Here are some of the Vaastu Guidelines to be considered, whiledesigning a Bathroom, also known as a Toilet.
LOCATION OF A BATHROOM:
FLOORING OF A BATHROOM: 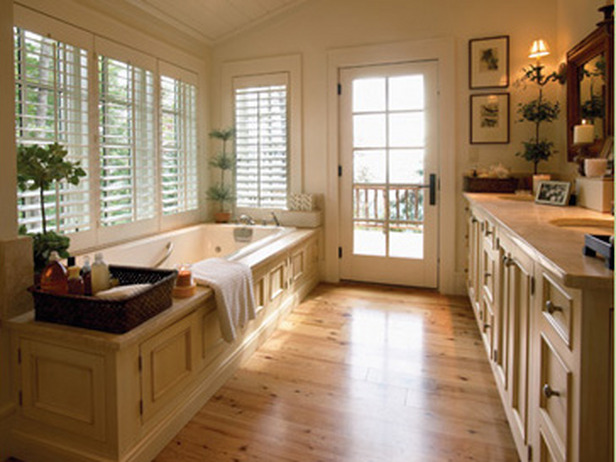 LOCATION OF WASH BASIN, W.C., BATH TUB/SHOWER, AND OTHER FIXTURES: 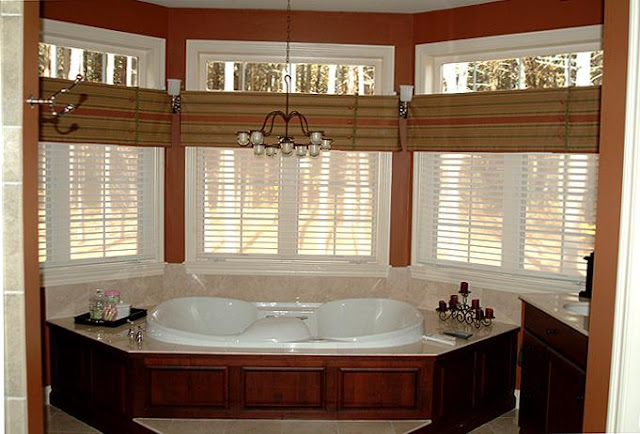 POSITIONS OF DOORS AND WINDOWS IN A BATHROOM:
VAASTU COLORS FOR A BATHROOM: 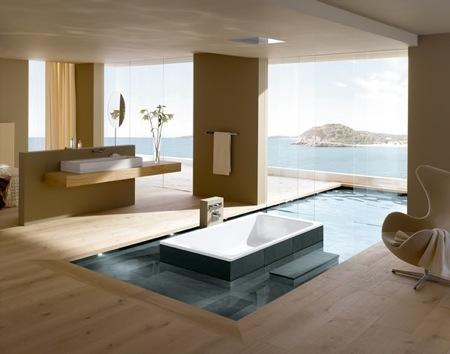 VAASTU EVALUATION EXERCISE FOR THE BATHROOM (TOILET):
This exercise is just a guideline to help you decide, where to position the Bathroom in your house plan. In case you already have a house, then this exercise will help you to evaluate the location of your existing Bathroom as per Vastu Shastra principles. Accordingly, you can decide if you want to make some corrections and changes to your house.
POSITION OF THE BATHROOM (TOILET):

This post is about the Vastu guidelines for the design of a Bathroom. The Bathroom is accessed from the Bedroom.  Read the Vastu guidelines for the design of this space here:
SUGGESTED READING:
Vaastu Shastra is a rational science based on facts, observations and governed by a set of principles. To understand the logic and Scientific reasoning of these Vaastu principles, go to Vastu Guidelines | Bathrooms

at April 08, 2009
Email ThisBlogThis!Share to TwitterShare to FacebookShare to Pinterest

Thank you for leaving a comment. Will get back to you soon.

VAASTU SHASTRA FOR INTERIORS OF A HOUSE :  Vaastu Shastra lays down guidelines on the 'design of the Interior of a House'  so th... 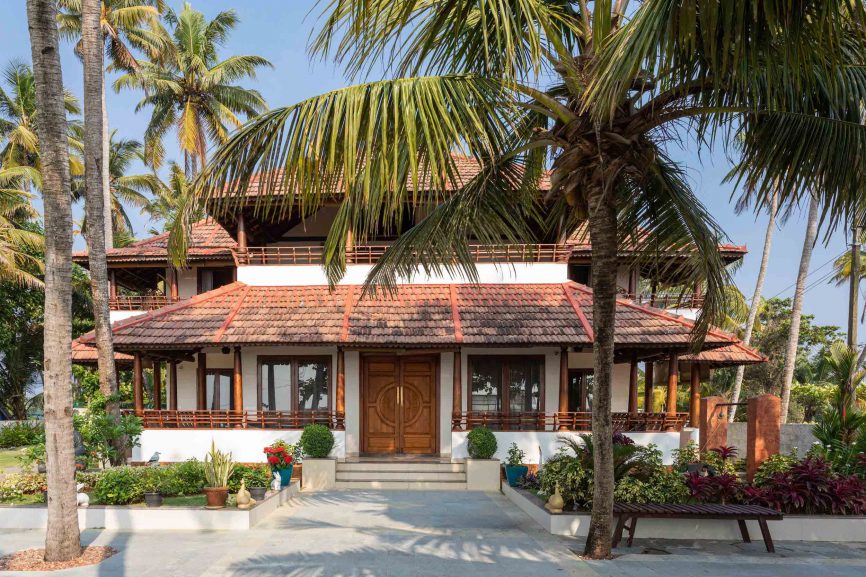 I am a Bangalore based Architect, with over 25 years experience in residential architecture and the co-founder of the architectural firm Ravi and Minu Architects. As an Architect, I have seen the fears and apprehensions of my clients regarding the process of constructing a house. So I have started this site, ‘House Construction In India' in order to clear your doubts and misconceptions and to make the process of construction smooth, hassle free and enjoyable. Use this site as your reference guide, along with the services of an Architect and Contractor. You can contact me at minucpr@gmail.com